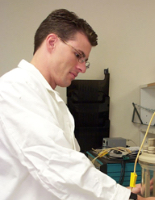 MATTHEW KOHLS
While recombinant IB4-SAP (rIB4-SAP, Cat. #IT-10) has traditionally been used to eliminate cell populations that display alpha-D-galactose on the cell membrane, such as non-peptidergic c-fiber nociceptor neurons, it has also been found to be a very effective way to create stable transfected cell lines without the use of drug resistance genes. A recent publication by Sato et al. (J Biotechnology 10(1):143-153, 2015) demonstrates a new use for this conjugate. 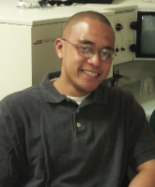 LEONARDO ANCHETA
Looking for a new way to use our targeted toxins? Let ATS shed a little light on the subject. Researchers have used our targeted toxin technology in conjunction with photochemical internalization (PCI), a light-triggered technique that can help facilitate release of molecules from endocytic vesicles once inside the cytosol. Researchers are using this method to overcome resistance that develops towards therapeutic agents or intracellular barriers encountered when introducing molecules into cancer cells. Berstad et al. (Biochim Biophys Acta 1820(12):1849-1858, 2012), Bostad et al. (Mol Pharm 11(8):2764-2776, 2014), and Berg et al. (Methods Mol Biol 635:133-145, 2010) demonstrate the use of this pairing with biotinylated antibodies combined with streptavidin-ZAP (Cat. #IT-27). 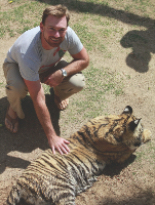 BRIAN RUSSELL
Opioid receptors are a group of inhibitory G protein-coupled receptors that are heavily involved in analgesia, respiratory depression, GI motility, and addiction. ATS has a comprehensive collection of products that help researchers illuminate the role of opioid receptors. Dermorphin-SAP (Cat. #IT-12), Deltorphin-SAP (Cat. #BETA-006), Dynorphin-SAP (Cat. #IT-68), and Nociceptin-SAP (Cat. #BETA-001) have been shown to selectively eliminate cells expressing the mu (MOR), delta (DOR), kappa (KOR), or the ORL1 receptor, respectively. With these tools in hand, scientists have continued to discover new ways in which animals, and by extension, humans, respond to exogenous opioid therapy.

PATRICK SHRAMM
Cannabinoid receptors are involved in a variety of physiological responses including appetite, pain sensation, mood, and memory. We are now offering Anti-CB1-SAP (Cat. #BETA-005) to target and eliminate cells that express the CB1 receptor. Take advantage of this targeted toxin while it’s still available as a beta product. If you’re the first to publish data* you’ll receive a $500 credit for use on ATS products. *Data subject to review.