Loss of hypocretin (HCRT, orexin) neurons has been linked to narcolepsy.1 These neurons project widely throughout the brain,2 but it is not known which projection to which target site produces what symptom of narcolepsy. Recently we showed that HCRT receptors are present in brainstem areas implicated in REM sleep.3 Since abnormal triggering of REM sleep characterizes narcolepsy, we have used HCRT-SAP, a targeted toxin that selectively lesions HCRT-2 receptor- bearing cells, to assess the effect on sleep. We also used anti-DBH-SAP to destroy specifically noradrenergic neurons of the locus coeruleus (NA-LC), which are the major brainstem output of HCRT neurons. We knew that hypocretin neurons project to the pons but the goal of this study was to determine which pontine neurons regulate sleep. 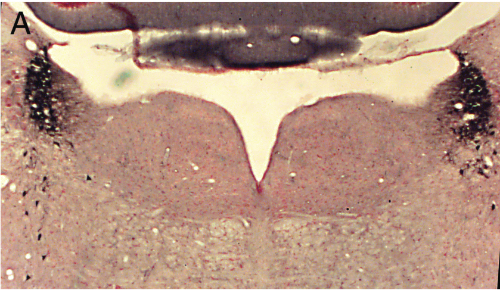 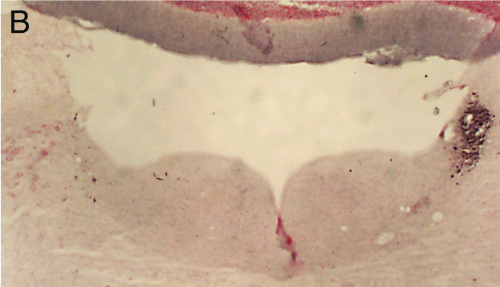 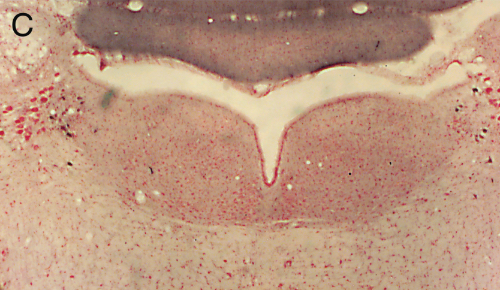 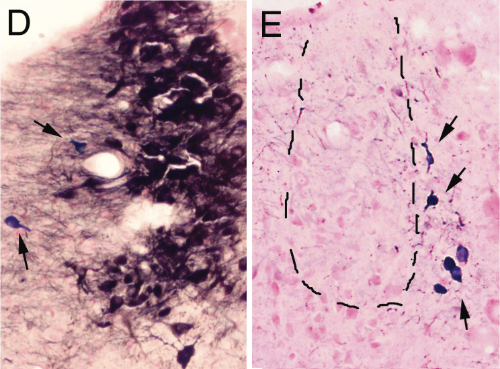 Methodology. Rats were implanted with electrodes for polysomnographic recordings. At the same time rats received either a bilateral single microinjection of pyrogen-free saline solution or anti-DBH-SAP (1 mg/mL; vol=80 nL) aimed to the LC nuclei. Afterward, polysomnographic recordings were done across 24 h on the 3rd, 6th, 9th, 12th and 18th days post-injection (12:12h lights on/off). Scoring was made visually on a computer (Icelus software) in 12s epochs for waking, slow wave sleep (SWS) and REM sleep by one technician blind to treatment. ANOVA and t-test with Bonferroni correction (where appropriate) were used to compare changes in sleep parameters. After recordings were done, subjects were sacrificed, brains fixed, removed and sectioned for immunohistochemistry staining for DBH (1:50K). Histochemistry for NADPH was made as well. A blind- treatment technician counted DBH-ir and NADPH+ cells across mesopontine tegmentum in a 1:5 sections protocol.

The experimental protocol was similar to anti-DBH-SAP lesions for HCRT-SAP (100 ng/mL), except it was microinjected lateral to LC and in larger volume (500 nL). In addition to DBH and NADPH labeling, brain sections were immunostained for the specific nuclear protein NeuN to outline the cell loss area. In all cases avidin- biotin-DAB method was used to visualize the antigens. 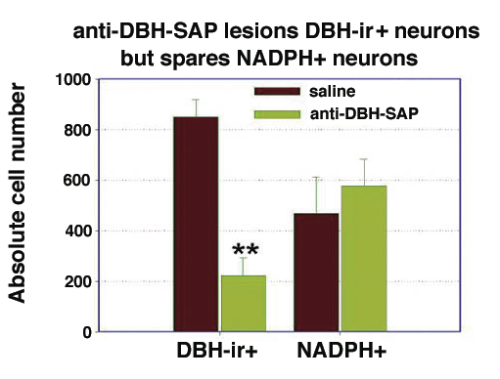 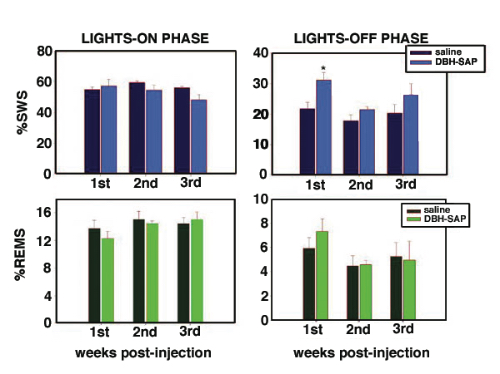 Results. Post mortem analysis revealed anti-DBH-SAP destroyed noradrenergic neurons in the LC but spared NADPH+ cells (Figs. 1,2). The anti-DBH-SAP pontine lesions did not affect sleep either during day or night period (Fig. 3). This suggests noradrenergic LC neurons are not important in maintaining wakefulness. In contrast, HCRT-SAP injections into the dorsolateral pons increased significantly both SWS and REM sleep. This effect was only present during the normal rat active period (night), but not so during the rest period. The sleepiness induced by HCRT-SAP pontine lesions is mainly generated by an increase of the sleep drive, that is, an increase in the number of episodes at night (p<0.05). Sleepiness was also associated with a significant reduction in the number of NeuN-ir within the parabrachial complex as well as NADPH+ cells in the LDTg (laterodorsal tegmental). Yet HCRT- SAP did not affect DBH-ir (Figs. 4, 5). Our results suggest both parabrachial and LDTg cholinergic neurons, but not noradrenergic LC neurons, express the hypocretin-2 (orexin B) receptor; anti-DBH-SAP only affects noradrenergic LC neurons. Additionally these HCRT- SAP sensitive neurons in the dorsolateral pons seem to be involved in sustaining waking during the normal active period. As a result, the daytime sleepiness observed in narcoleptic HCRT-deficient subjects could be associated with a lack of excitatory input to parabrachial and LDTg rather than to LC neurons, as has been proposed. 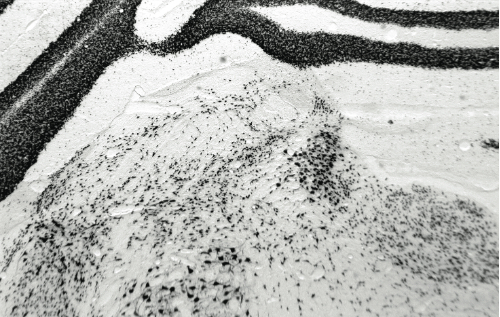 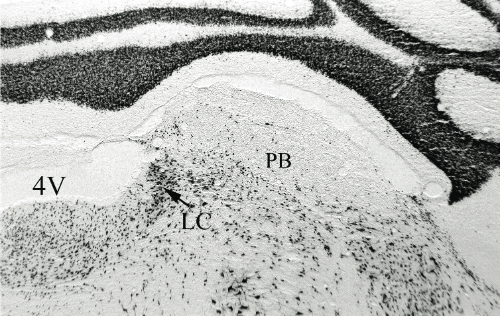 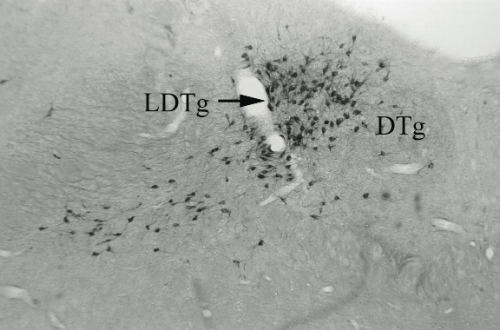 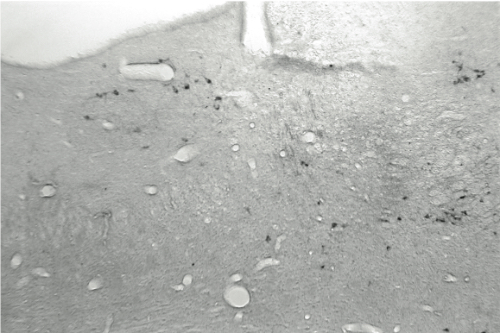