Saporin from Saponaria officinalis (soapwort plant of the Caryophyllaceae family) was discovered as part of research on plant toxins we undertook around 1970, when we became interested in the study of the mechanism of action of ricin.

Ricin, from Ricinus communis (castor bean plant of the Euphorbiaceae family) and abrin from Abrus precatorius (of the Leguminosae family), are two potent toxins known since the end of 1800, when Paul Ehrlich prepared the first antibodies with them.

The study of these toxins was almost completely neglected until in 1970 it was found that they were more toxic to malignant than to normal cells [1], and that they inhibited protein synthesis both by cells and cell-free systems. While investigating the mechanism of this inhibition, in collaboration with L. Montanaro and S. Sperti of our Department, we had the rather simple idea that if two plants taxonomically very far from each other contained very similar toxins, it was possible that other toxins of the same kind existed in the plant kingdom. This began our search for other toxins and prepared extracts from all toxic plants we could get, mostly from tropical countries. Instead of testing these extracts for toxicity to animals or cells, for the sake of simplicity and rapidity, we assayed their capacity of inhibiting protein synthesis in a cell-free system. Indeed, in the course of some years we succeeded in identifying new toxins, namely modeccin, viscumin and volkensin. However, we soon found that some extracts inhibited cell-free protein synthesis, but were only some thousand-fold less toxic than ricin to cells or animals. At first we did not know how to interpret these “disturbing” results, until it was found that PAP, the pokeweed antiviral protein, inhibited protein synthesis with the same mechanism as ricin [2]. It was then easy to ascertain that our active extracts contained proteins similar to PAP, which later on we called “ribosome-inactivating proteins” (RIPs). We decided to search for other RIPs, and since PAP had antiviral activity, we examined extracts from plants known to contain antiviral properties. Among these there was Dianthus caryophyllus (carnation), from which we purified two RIPs, dianthin 30 and dianthin 32 [3]. Another approach was to explore plants in the same families as those plants with antiviral properties. Among these there was the Caryophyllaceae family, to which the carnation belongs. One of the plants investigated was Saponaria officinalis (soapwort), which was growing in the garden outside our department in Bologna, exactly under the window of my office. Much to our astonishment, the seeds of Saponaria turned out to contain several very active RIPs we called saporin [4]. Saporin-S6 was used in the construction of immunotoxins [5] and subsequently by Drs. Douglas Lappi and Ronald Wiley for the preparation of a range of conjugates that are excellent experimental tools for the study of the nervous system.

So, after having struggled to search for seeds from all over the world, more or less by chance we isolated one of the most widely used RIPs from something that was literally under our feet. 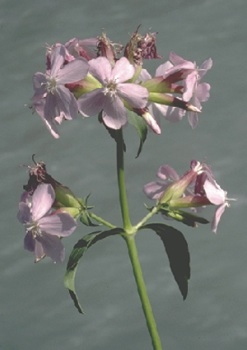 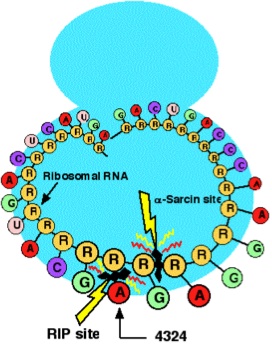 Figure 2. The site of action. Saporin inactivates the ribosome and stops protein synthesis.

Saporin (from the seeds of the plant Saponaria officinalis)
29.5 kDa 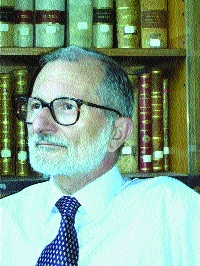