CB1 is one of the two cannabinoid receptors that are involved in the effects seen in the CNS by users of marijuana.  Different agonists and antagonists have helped in the development of new strategies for the treatment of pain, obesity, neurological diseases including multiple sclerosis, emotional disturbances such as anxiety and other psychiatric disorders including drug and alcohol addiction. The CB1 receptor is densely distributed in areas of the brain related to motor control, cognition, emotional responses, motivated behavior, and homeostasis. 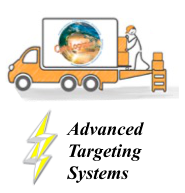